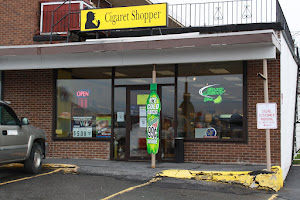 Cigaret Shopper is a Maine-owned business that opened its first store in Brewer in 1997. At the time, the company was a part of Reid’s Confectionary Co., a wholesale supplier of products to convenience stores. Originally named the Discount Cigarette Outlet, the sales focus was cigarette cartons such as Winston and Marlboro which sold for just under $16 per carton and another discount brand, Eagle, that sold for under $10 per carton.

The store became widely popular as the only store catering specifically to smokers by stocking all things tobacco. As the store became more successful, more locations were opened in Lincoln, Ellsworth, Rockland, Portland and Westbrook, eventually growing to as many as 22 locations.

For various reasons, the number of stores dwindled to seven as of 2007, when the stores were purchased by the owner’s son. Since then, we have grown to  22 retail stores and one cigar lounge, employing over 80 people to ensure the easiest access to quality, reasonably priced tobacco products to adult consumers. Our newest location, Dad’s Cigar Lounge, is our first cigar lounge. During the past couple year we have added walk-in cigar humidors, cigar lounges and several beer caves to various stores. As smoking trends change with the emergence of electronic cigarettes and hookah we have adapted to provide consumers with the products they request. Come visit us today to see what we have in stock!

Your Local Outlet
For Your Favorite Tobacco Products